ENOUGH – My nationality is not my job 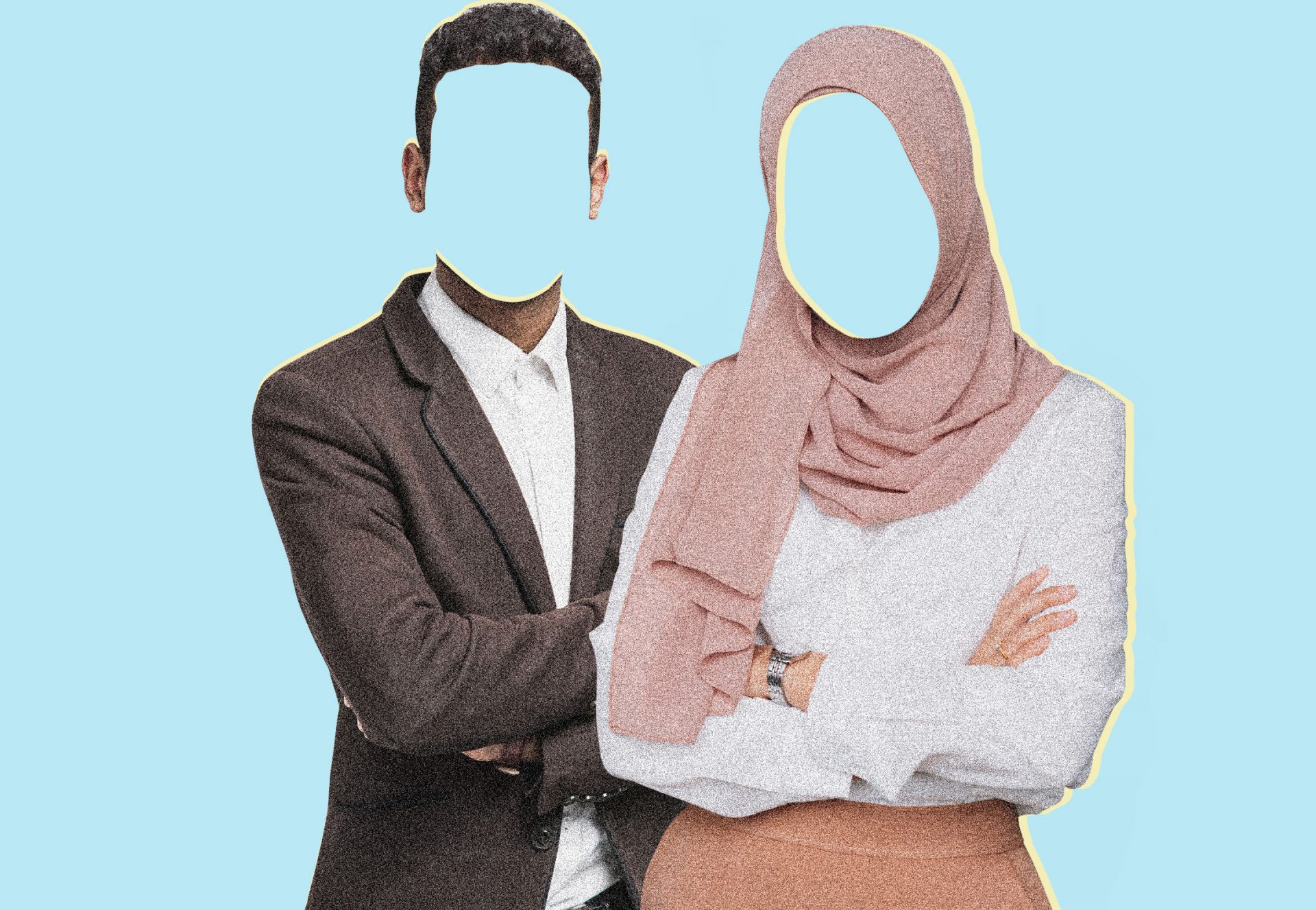 “Immigrants steal our jobs!” How many times have we heard this sentence coming out of the mouth of white Italians? It’s a classic excuse used by many when they struggle to find employment, this is of course on top of a slightly racist mentality. The funny thing is that many immigrants are hired to do jobs many Italians (mostly young people) wouldn’t dream of doing, this especially if we consider the salaries some immigrants are paid. Secondly, many white Italians (mostly people in their 20s) are reluctant to do grunt work, which in some instances is considered demeaning, especially if such profession is associated with work carried out by immigrants.

Before we moved abroad over 10 years ago, we had never seen a woman wearing the Hijab working in a high street shop in Milan or Verona. As children, when we used to go to restaurants with our families, we would never see a black waiter or bartender, nor people of colour (POC) working in a bank or at the post office; we’d never been on a bus or tram driven by a black person, and we definitely have not seen black teachers, lawyers, managers and doctors. Actually, Simone once met a dentist who is black, and it was pointed out to her that all things considered, he was really good.

One of Simone’s first days in London, she went to Disney in Oxford St. and she saw a beautiful young woman working behind a till, who was wearing the Hijab. It really surprised her. As the time went by, she saw that all of the professions that in Milan were limited to white Italians, in London were open to and being accessed by POC and black people: doctors, solicitors, waiters, chefs, teachers, bus drivers, bankers, managers and so on. In all fairness, it wouldn’t have been possible for anyone to determine what type of job one performed based on their ethnicity, and that’s how it’s supposed to be, contrary to how it was in Italy at the time. Giovanna experienced something similar when she moved to the US. When she went to the hospital her first year in Chicago, the doctor she saw was Middle Eastern, and the nurse wore the hijab. When she moved to the UK, she noticed that things were similar in London. She saw black businessmen, Middle Eastern doctors, and South Asian lawyers.

In Italy, in the ‘90s and early 2000s, there were often categories of jobs dedicated to people of a certain nationality.

For example women from Eastern Europe often were caregivers, women from the Philippines worked as housekeepers, Pakistani usually owned fruit and vegetable corner shops, and prostitutes were mainly Nigerians, just to name a few. This became such a stereotype that for decades it was ok to say ‘the Filipino woman will come this afternoon’ as opposed to ‘the cleaning lady will come this afternoon’. Italy is probably not the only country where this happens, perhaps on some scale this occurs in other countries, but we can only speak of what we know. It’s hard not to wonder if Simone could have pursued a career in safeguarding within a school setting if she had decided to stay in Italy and not move to the UK. Giovanna wanted to become a judge when she was little. Her interests changed when it was time to go to university, however, we wonder if she would have been able to become a judge if she had decided to study Law in Italy.

Although the situation is slightly improving, it is still very hard to penetrate certain industries. It doesn’t matter if you are skilled, how many languages you speak or what studies you have completed in your country of origin, you would still be the person who is stealing Italian jobs. How does that even work? We know many white Italians who have a family member or an acquaintance living in the UK or in the US, and they are rightly so proud of them because their dear ones were able to find a job or start a business. However, these are the same people who would be cross because an immigrant has been hired in a nursing home. Are white Italian immigrants better than POC immigrants? Why is that? This is something that still baffles us.

Fortunately, second generations and their work to bring awareness on discrimination and unacceptance in the Italian society has been working.

Online platforms where people can share their experience living in Italy as a second-generation kid is helping to change society for the better. Recently, the newly founded Instagram page @Colory.it shared short interviews with black and POC Italian women who are working as a psychotherapist, a cardiology student and a health manager, all professions that until recently were only considered suitable for white Italians.

Why should things change? Imagine living a life where you try to achieve your professional goals — you study hard, you do everything you are supposed to do, yet it is not enough, because you are not only working towards achieving excellent grades or obtaining enough professional experience, you are also fighting the stereotype people have created about you, to prove that you are capable of doing anything you set your mind to. You are trying to get people to stop saying “I’m going to the Moroccan guy to get cigarettes” as opposed to “I’m going to the corner shop to get cigarettes” and this takes time, effort and commitment. Imagine going to a job interview where the interviewer doesn’t see you, they see a person who is ‘stealing’ their people’s jobs. Imagine growing up in a country where eventually, you will have to leave, not because you want to, but because you will never be anything more than what others have decided you can be. A country where even if you beat the odds, people won’t trust you, because they don’t think that you are capable of doing a good job or that you can be trusted. A perfect example of this are businesses owned by Chinese people. Italians don’t go shopping in Chinese owned shops because of the quality of their products, nor because of their ability to conduct business (which is rarely acknowledged). Italians go because they assume that the quality of the products sold is inferior and therefore cheaper. Even though there are so many businesses, especially online shops, owned by Western companies that sell low quality products, for some reason they are not singled out. “I’m going to the Chinese guy to get that”. In Italian language it’s a derogatory way of expressing oneself.

The Moroccan, the Chinese, the Filipino, the Pakistani, these are not supposed to be job titles.

How would all of this make you feel? It’s strange to think that what we are talking about is a country that takes pride in calling itself a cultural, artistic and fashion hub, destination to millions of tourists and students worldwide. Happy to welcome anyone who comes from foreign countries. Western countries. The right ones. This shift is necessary to encourage a change of mentality that will benefit future generations, as well as showing Italians who don’t want to see change, that the change is actually happening, and they just have to come to terms with it. 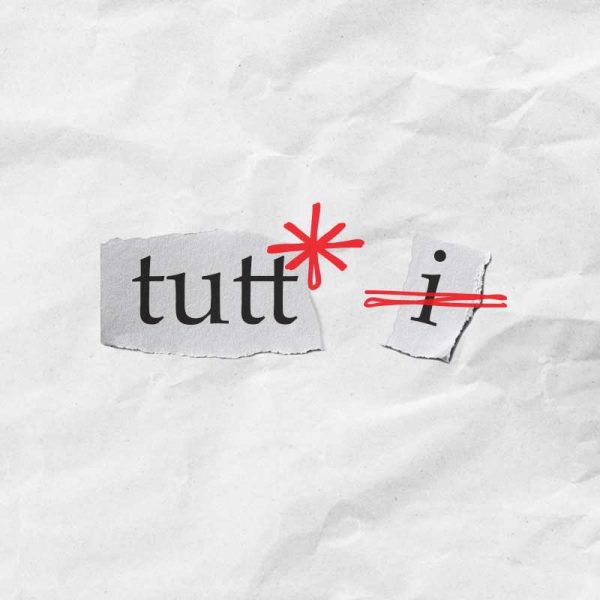 Is Italian developing fast enough to catch up with society?Culture, Language 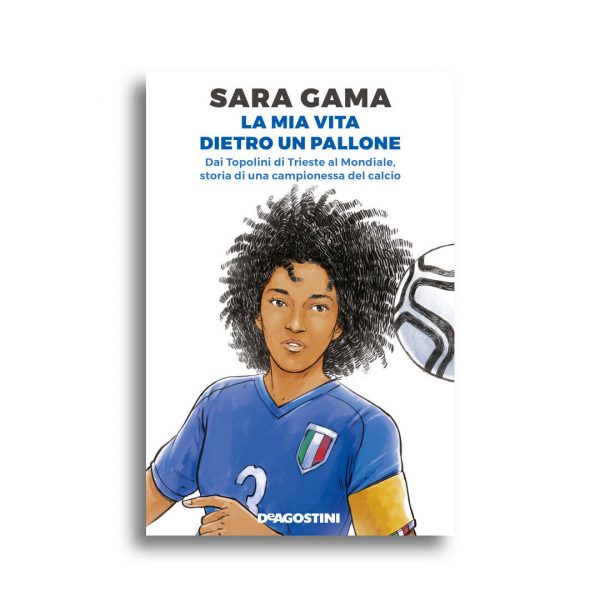 Sara Gama always had her head in the gameBooks